The only way is down for cancer charity fundraiser 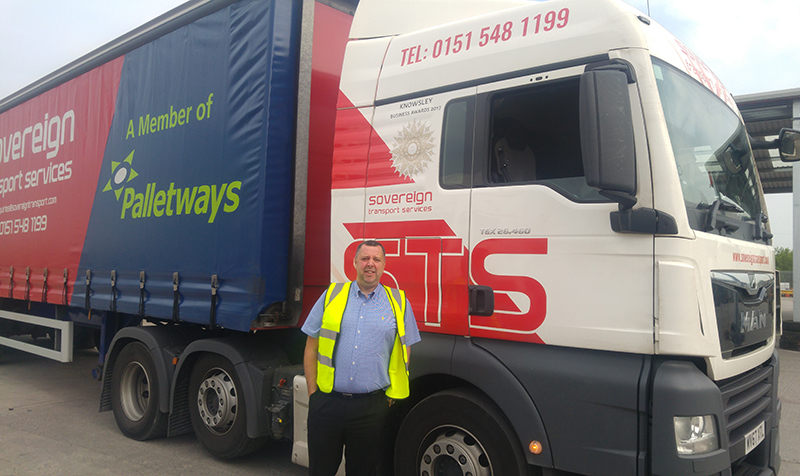 Employees at a Knowsley transport firm will need to have a head for heights as they embark on their latest fundraiser for a local children’s charity.

Six employees at Sovereign Transport – which is part of Palletways, Europe’s largest and fastest growing express palletised freight network and part of Imperial Logistics (Imperial) – will take part in a charity abseil to raise funds for the Owen McVeigh Foundation on Saturday 23 July 2022 at the Liverpool Anglican Cathedral on St James’s Mount.

Paul Hanson, Sovereign Transport’s Business Development Manager, is behind the fundraiser. He said: “The Owen McVeigh Foundation enriches the lives of local children suffering with cancer by providing them and their families with money-can't-buy experiences. It was set up in memory of local youngster, Liverpool fan Owen McVeigh, who was just 11 years old when he passed away in December 2015, only three days after being diagnosed with leukaemia.

“We choose one charity to support every year and the staff voted unanimously to raise funds for The Owen McVeigh Foundation throughout 2022. All six employees keenly volunteered to get involved with the abseil and collectively, we hope they raise at least £1,000 - but we’d love to double that for this fantastic cause.”

Mark McVeigh at The Owen McVeigh Foundation, added: “Sovereign Transport’s fundraising will enable us to create life memories for children suffering with cancer. I’d like to thank the team for their upcoming efforts which will make a difference to youngsters in the Merseyside area.”

To support the team donate via https://www.justgiving.com/fundraising/sovereigntransport

Sovereign Transport Group is one of over 130 independent transport providers that are part of Palletways’ UK network. They benefit from shared expertise and resources from within the Group to deliver consignments of palletised freight to market faster and more cost-effectively than ever before. The Palletways Group comprises 400 depots and 20 hub operations, through which it provides collection and distribution services across 24 European countries, including the UK.