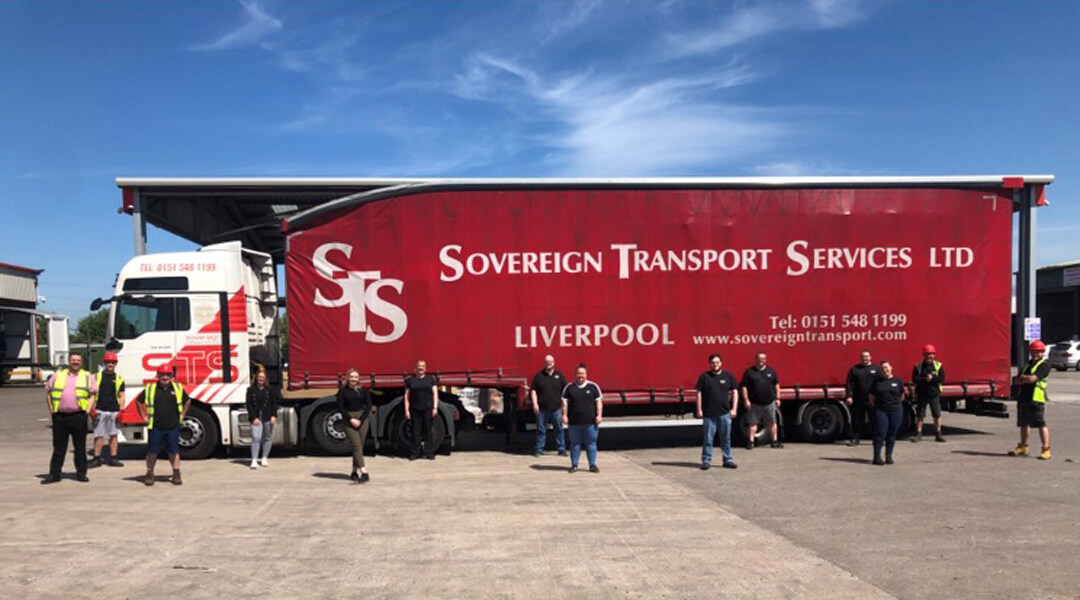 The customer service team at a transport firm in Knowsley in Liverpool has been recognised by a national campaign.

Staff at Sovereign Transport – which is part of Palletways, an Imperial Group company, and Europe’s largest and fastest growing express palletised freight network, have been officially named ‘HGV Heroes’ by the Road Haulage Association (RHA).

The road transport industry is one of the most important industries in the UK with 98 per cent of all goods consumed in the UK moved by truck. The sector is the fifth largest in the UK, employing over 2.5 million people. RHA has highlighted some of the fantastic work that road hauliers have been doing recently across multiple disciplines, skills and qualifications, to keep our country going during these challenging times.

Paul Hanson, Sovereign Transport’s business sales executive nominated the team. He said: “Our customer service team have shown dedication and hard work during these challenging times, ensuring goods are delivered and collected to make their customers happy. They have all gone above and beyond and deserve recognition. They are all heroes!”

Sovereign Transport is one of over 115 independent transport providers that are part of Imperial’s Palletways UK network. They benefit from shared expertise and resources from within the group to deliver consignments of palletised freight to market faster and more cost effectively than ever before. The Palletways Group, famed for its industry-leading IT developments and operational systems, comprises 450+ depots and 20 hub operations, through which it provides collection and distribution services across 24 European countries, including the UK.