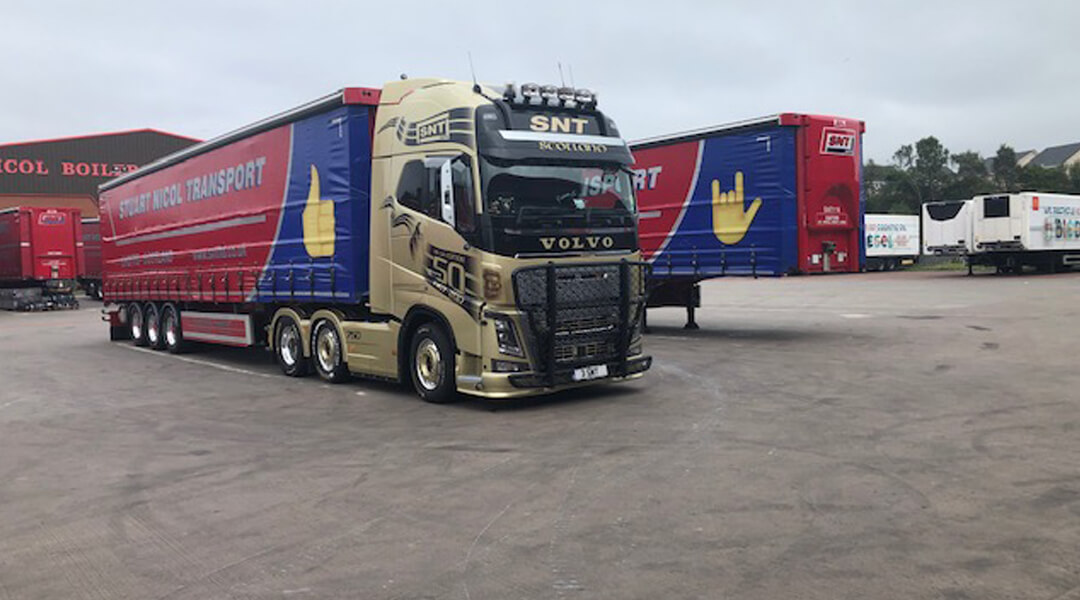 Drivers across Scotland have been given the thumbs up while others have been on the receiving end of kisses, thanks to Stuart Nicol Transport’s latest advertising campaign.

Stuart Nicol Transport in Lanarkshire, which is part of Palletways, an Imperial Group company, and Europe’s largest and fastest growing express palletised freight network, has recently rolled out a number of new vehicles which all boast eye-catching emojis which has captured drivers’ attention across Scotland!

The new vehicles have been decked-out with some of the best-loved emojis including hearts, gymnasts and puppies. The vehicles that make weekly trips to Spain have even been adorned with Spanish dancers and sunglasses!

Commenting, founder and managing director, Stuart Nicol, said: “I watched The Emoji Movie with my daughter and it got us thinking about how we could incorporate the symbols on our new trucks to raise awareness of our brand.

“The response we’ve had has been phenomenal! Lots of people have got in touch to thank us for lifting their mood over the past few challenging months so we’ve decided that all our new trucks will incorporate an emoji, which will be decided by our hardworking office staff.”

And plans are well underway for the next emoji-branded truck – a ‘thank you’ to the NHS - which the firm expects to unveil early next year. Stuart continues: “Like thousands of others, my health has suffered tremendously this year so I really want to extend my thanks and show my gratitude to the NHS for the life-saving treatment I had early on in the crisis.”

Stuart Nicol Transport is based in Shotts, Lanarkshire and is owned and managed by Stuart Nicol who has built the business from the ground up. The business is operated out of a six-acre development comprising an office suite, a 12,000 sq ft warehouse and transit shed and workshop.

The firm is one of over 115 independent transport providers that are part of the Palletways UK network. They benefit from shared expertise and resources from within the group to deliver consignments of palletised freight to market faster and more cost effectively than ever before. The Palletways Group, famed for its industry-leading IT developments and operational systems, comprises 450+ depots and 20 hub operations, through which it provides collection and distribution services across 24 European countries, including the UK.